I was prompted to write this blog after reading Dennis' book, Stillness and Speed, co-written with David Winner.

The structure of the book is different to most (auto)biographies, in that the writers have decided to allocate a paragraph to each significant aspect of Dennis' career; there is an initial contextual description, but this is then followed by an interview conducted by David Winner. It works, sort of. As a great student and advocate of the brilliance of Dutch football, David Winner is obviously (and quite correctly) in some awe of Dennis Bergkamp. I believe that this relationship feeds a slightly higher degree of deference than might be best, this is my only criticism of the book - and it's a small one. Winner does tackle head on some of the problematic aspects of Bergkamp's career, there are really only three: his fear of flying, his disappointing experience at Inter and missing the penalty at Villa Park in 1999. Three in a twenty year career, that's some career isn't it?

There are some great photographs and plenty of Dennis' interpretations of the greatest moments of his professional life. He talks in some detail about the goals against Leicester City, Argentina and Newcastle United, in fact the comment under a photo of the goal at St James' Park says it all to me: "which part did they think I didn't mean?" 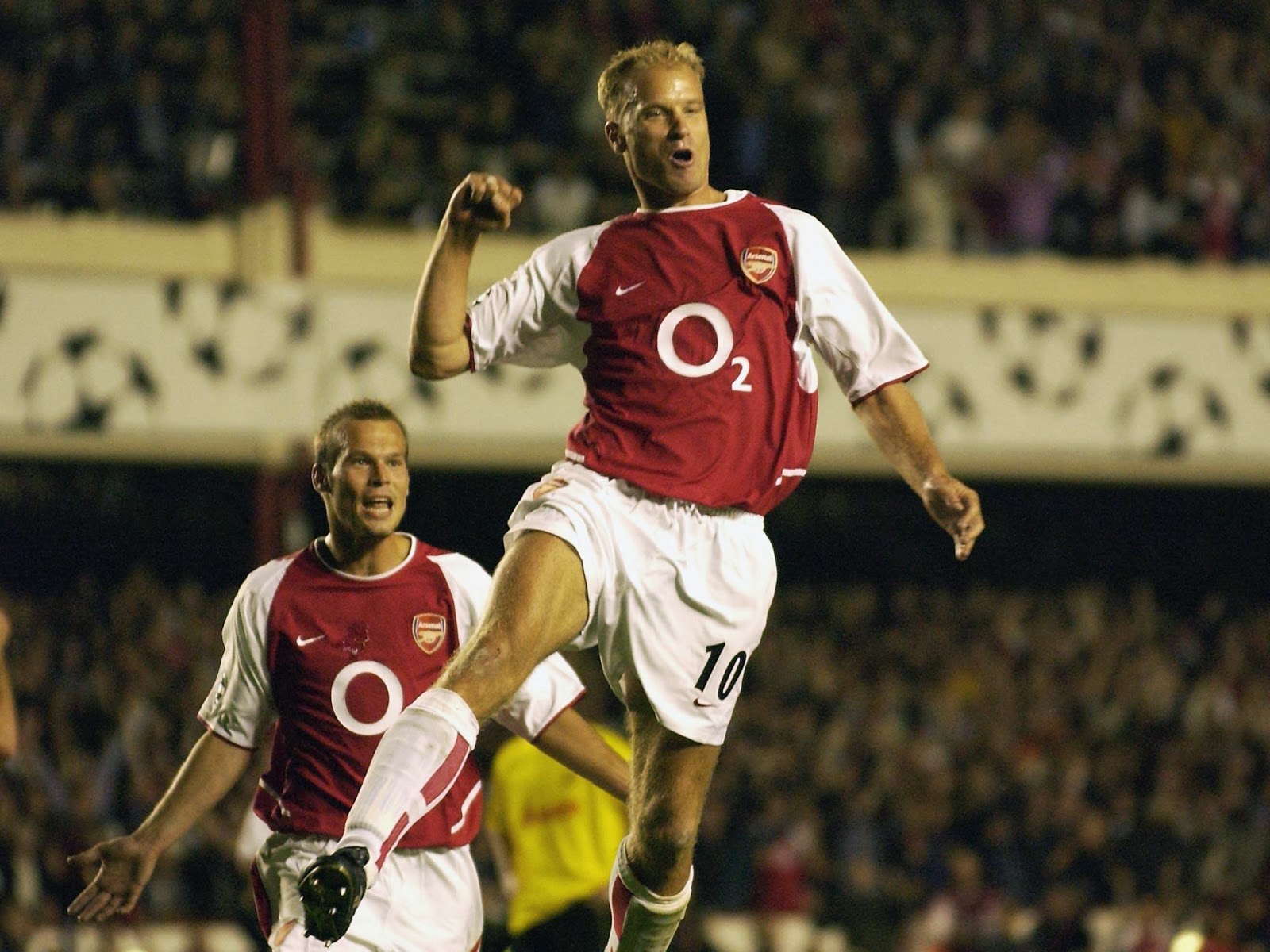 What becomes clear in the book is Dennis' sensitivity. There is some criticism of his attitude while he was at Inter Milan from the his ex Italian team mates. He doesn't shirk from the criticism, Winner actually flies to Italy to interview Beppe Bergomi and Riccardo Ferri and they don't hold back, when Dennis is confronted with their comments he listens, takes it on board, but ultimately bats them away "they're wrong, it never happened like that". So, sensitivity, but also the strength and the single minded purpose that conditions a great athlete mentally and physically. It's a testament to his drive and his love of the game, that from an early age, he was practising for hours at a time, hammering a ball against different patterns of the brickwork on the wall of his block of flats, alternating with his right and left foot.

There aren't too many revelations in the book, but Dennis' forthright admiration of Bruce Rioch is a surprise. Perhaps it's because we're so used to Bergkamp having been a critical part of the Wenger era, that Rioch's involvement in signing Dennis gets overlooked. Dennis Bergkamp's impact on Arsenal merits a series of blogs in it's own right, and people have talked about the beneficial impact Mesut Özil's signing has made, but trust me, when Dennis arrived, it was like the arrival of a messiah. Mesut has joined a very good team regularly in the Champions League, Dennis joined a team in decline, still with several good players, but pretty much going nowhere. 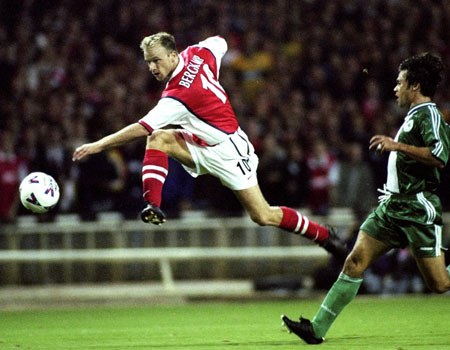 I would actually say that the most interesting parts of the book, concern Dennis' career as a coach at Ajax and also the appalling political situation revolving around Johan Cruijff. I also believe that Bergkamp is very interested in assuming a role at Arsenal - if the right role for him were to become available. He is an earnest and an honest man and therefore would prefer to fulfil a role that suits him best - this seems to be working with young strikers.

I would recommend the book whole heartedly, but I am going to keep an eye out for the English translation of Jaap Visser's Dutch equivalent, which according to David Winner's foreword is far more extensive. But please don't that stop you, in the unlikely you haven't already received it for Christmas - give this a go.

Follow me at @RightAtTheEnd and I'll follow back, I love to see what Arsenal supporters are thinking and writing about our club.
Tagged