Just over 26 years ago, on the 2nd of January, 1989, I stood on the North Bank to watch Arsenal beat Spurs 2-0, goals from Paul Merson and the winner from Michael Thomas, galloping through the midfield reminiscent of the goal he’d score at Anfield five months later. The Highbury clock was unveiled above the recently re-developed Clock End and the weather was freezing. The pitch by modern standards was a disgrace (they all were at the time), the atmosphere before, during and after the game was hostile to say the least and the walk to and from the tube station, somewhat precarious.

But, looking back, it was one of my favourite games at Highbury, I think I paid a fiver to get in and the thing I remember most, as opposed to the goals, is the way the entire Arsenal team defended as if their lives depended on it. I think we might have started with three centre backs that day, the Spurs team of the late 80’s was very strong, and the tackles that went in (from both teams) were crunching, but I don’t remember a rash of yellow cards. It was a real blood and thunder north London derby; all of our squad that day were born in England, half of them in London. 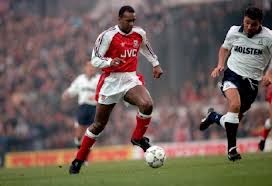 How things change, it’s the north London derby on Saturday but I’m still really looking forward to it. I’m sure I’ll get pre-match nerves and will be on the edge of my seat come 12.45am and I have a renewed feeling that we can beat Spurs, as the current side is starting to demonstrate similar qualities to the teams of the Graham era.


This feeling is down to an absolute confidence that the manager and team will have prepared comprehensively before the game, leaving nothing to chance, knowing that, as far as their support is concerned, this is one of the biggest games of the year, the one we can’t lose. I would also be totally confident that the players would put everything on the line during the game and leave nothing in the changing room.


If we scroll on two years from that bleak, brilliant afternoon in 1989 to 1991, Arsenal won the title again, having only lost one game all season, away to Chelsea. Unbeaten at home that season, the club was also docked two points for an unholy scrap at Old Trafford (we won 1-0, Limpar United were only docked the single point by the way…) and let in only 18 league goals all season, a record which will surely never be equalled. That is an Arsenal team to be truly proud of.


Move into the Wenger era and of course we went one better by going unbeaten all season in 2003 – 2004. Perhaps the seeds of this achievement were sown early on in Mr Wenger’s reign, when a clutch of senior players (known as the best back four ever to play in English football) asked for a team meeting to put across their case that they were receiving insufficient cover from the midfield. Afterwards, the shape of the team changed slightly, Vieira would now cover when Petit went forward and vice versa and the wide players would tuck in when we didn’t have the ball, it worked, we won the double the season of the meeting, Tony Adams administering the coup de grace in the final league match against Everton, volleying in after a lovely through ball from Steve Bould. 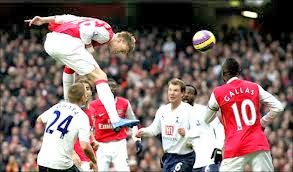 Those were the days eh? One difference between those league winning teams from 1989, 1991, 1998 and 2004, they could really defend, they had players who knew what to do, where to be on the pitch, which positions to adopt depending on the attacks being mounted by the opposition. Sadly, for a long time Arsenal's reputation as soft in the middle and unable to defend leads was merited. The balance in many of the teams was wrong, Hebert Chapman said that "you can attack for too long" and that was right for Arsenal, we lost stupidly and far too often.


Ask yourselves this – what is the most frustrating score line you can remember? I’ll give you two that spring to mind (probably in anticipation of this weekend’s fixture) from recent(ish) north London derbies:


Admittedly we won the first match, but the “Invincibles” leaking four goals against an average Spurs side? The portents for the next seven years were already there, championship winning sides rarely let in four goals. In the second game we capitulated, Spurs flooded through the acres of space left by the midfield as our defenders looked around baffled to see who was marking who as we threw away a two goal lead.


So what’s changed? How come I’m not wringing my hands because not even a four goal lead is sufficient to secure victory (Newcastle away anyone)? 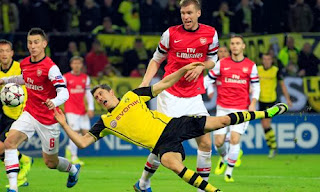 We’ve discovered how to defend again, Koscielny and Mertesacker can be as good as any centre half partnership in the country, imagine anyone being able to write that about Arsenal a year or so ago. We defend as a unit, Steve Bould really has had a positive impact and we've brought on a defensive midfielder, alright we got him for free, or a Eurostar ticket, but young Francis Coquelin has been very good.


So I feel quite positive about Saturday’s match, the Spuds and Harry Kane in particular will be dangerous, but I expect our back line to cope. The big decision for the manager will be to drop Ozil and to bring back Sanchez, we'll need Giroud's strength to hold up the ball and I'd play Cazorla behind, with Sanchez and Walcott wide, with Coquelin and Ramsey holding. Perhaps Chambers might be more suited to this game than Bellerin.