Time for the real Mesut Özil to appear?

Which of the four statements to do you agree with most? I think there is a degree of truth in all four

of them; in the first half Özil gave the ball away repeatedly, even the best players take a while to acclimatise to the toughest league in the world, he is a very subtle footballer, who wouldn't? 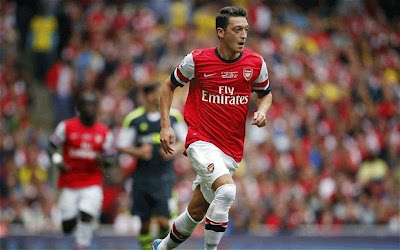 However, to judge Özil's performance in the premiership so far leads inevitably to compare him to the Real Madrid player so highly rated that the hitherto most abstemious major premiership club in the country smashed it's transfer record to buy him. The assumption is that if a footballer is so good that he can cost £40 million +, then at some point in the future, given similar conditions, he will continue to be worth at least £40 million + and if anything, his value will be increased.

It is early to judge, but I'm keen to consider how successful £42.5 million of Arsenal's (hard) earned coin has been thus far. Like all blogs, this is an opinion piece and in my opinion, he's fallen short. Thus far, I haven't been overwhelmed by supporters of other clubs telling me what a player that Özil is, in fact the majority of conversations have involved me defending the money spent on the German and feeling the need to mention that he has been responsible for more assists than any other premiership player. The truth is that Özil has been peripheral, and when he has had the ball, he hasn't used it effectively as he might. Özil has looked excellent in two games so far, against Norwich City and SSC Napoli, in these matches he made a fundamental statement about his ability and potential. In far too many others, he has had the look of a top footballer weighing up whether he wants to get involved and judging the limits of this involvement. 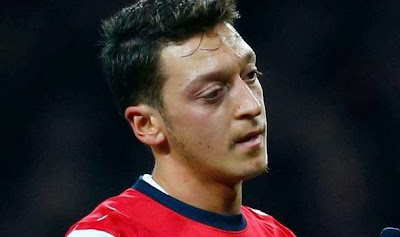 I've read that a tangible benefit that Özil brings to the Arsenal squad is that he's Mesut Özil. The mere fact that the club has signed a German international from Real Madrid for such a huge amount has lifted the rest of the players in the squad. This might be true, but two facts evident in the matches played don't lie, first, when Özil hasn't played we haven't missed him and second, where we might have expected opposition teams to have altered their set-ups to counter Özil, this hasn't happened.

The reality is that, at Real Madrid, Mesut Özil played with, in fact next to Cristiano Ronaldo.Özil has one of the softest left feet in world football, witness the ball through to Monreal that set up the first goal last night. When he was at Real, he would look up and Ronaldo would be speeding like an arrow into a space and time and time again Özil would put the ball exactly where Ronaldo wanted it. Özil also provided exactly the same service to di Maria. Özil's signing makes good sense, but if Arsenal had secured the services of Luis Suarez, it would have made perfect sense.

I believe that in the fullness of time (next season) Mesut will prove to be an exceptional addition to the team and we'll see the best of him, however, the signing of a fast, central striker will make this far more likely.

Follow me at @RightAtTheEnd and I'll follow you back, always to keen to read opinions about The Arsenal.
Tagged