After the debacle at Anfield it was rewarding to see Arsenal's defensive shape return, despite Mikel Arteta's desire to give United a goal lead in the first two minutes. The game was a poor spectacle and having previously lobbied for the return of Tomáš Rosický, it was disappointing to see him repeatedly picking the wrong pass and giving the ball away in dangerous positions on the pitch.

I felt that this was a game that we could and should have won, Arsenal lacked bite and although it's unfair to say that the team is misfiring (Arsenal average just under two goals a game in the league), there was something missing. It's pointless bemoaning the fact that we didn't sign a striker in the last two windows, and that we are missing the goal threat of Walcott and Ramsey. However, in matches like last night, it's incumbent on players to assess the situation and take responsibility for making the difference. Far too often last night United found it too easy to isolate our centre forward. 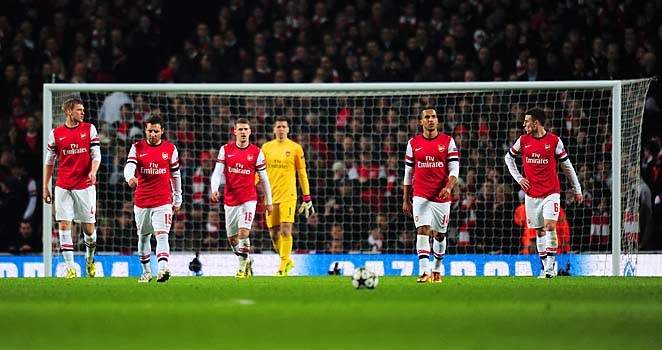 The build up play was good, Cazorla and Ozil having their best game for a while and against decent opposition, but we needed a player to make the run into the area to support Giroud. This is the run that Ramsey makes time after time when he is fit and playing well. It's decisive, simple arithmetic really, it gives an extra man in the most dangerous area on the pitch, but last night it wasn't happening.

That having been said, Arsenal did have chances to win the game as did United, with both keepers making important saves. But after the drubbing we received on Saturday, it was important to exorcise the ghosts of that display with a strong defensive performance. I though Koscielny was excellent last night, he reads the game well, but his job was made far easier by United's front three being on different wavelengths. 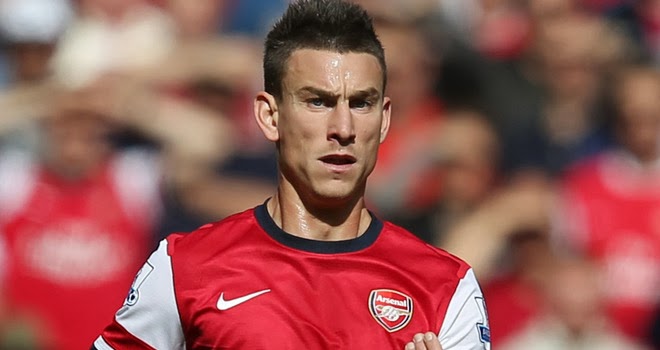 For those who think that the highest priority is to win a trophy this season, the most important game of the year is this Sunday against Liverpool in the FA Cup. With that in mind, a clean sheet last night was very important. However, Arsenal's toothless display in front of goals underlines just how critical it is for the manager to buy at least one proven goal scorer in the summer. It's going to be a long wait.