Joel Campbell - How Arsenal benefit from the Loan System

Joel Campbell reminded Arsenal supporters what a fantastic prospect he might be on Tuesday night, picking up the ball in the right channel he slalomed across the pitch, slicing through (an admittedly static) United defence and then unleashed a thunderbolt past the despairing De Gea - fabulous. Throughout the game Campbell was a thorn in United's left flank and was spiky and dangerous. Although he needs to learn to release the ball a little earlier and gets himself tangled up too often, he is obviously an excellent young footballer. 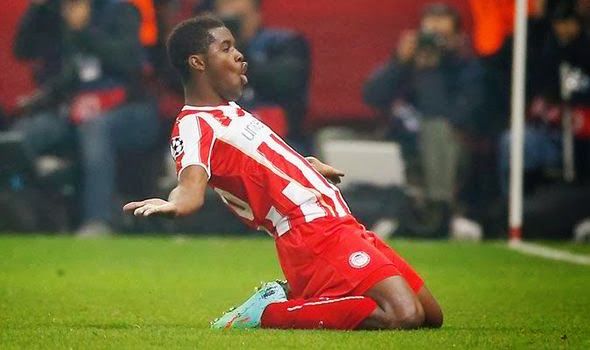 Campbell demonstrates how Arsenal use the loan system effectively. He was signed by Arsenal in 2011, but as the club were unable to secure a work permit, he was sent out on loan to FC Lorient and subsequently to Real Betis and Olympiakos. In the last two and a half seasons, he has played 81 times and scored 12 goals. Ignore the fact that he hasn't scored too often, it's the games that a young player gets under his belt that are critical when being placed on loan. Arsenal currently have 13 players out on loan, most are young hopefuls like Chuks Aneke and Chuba Akpom, but Ju-Yong Park and Johan Djourou, established internationals are also playing at other clubs.

The beauty of the loan system is that it offers different opportunities to different players. Some are extremely successful, I live in the north west and a couple of Bolton supporters I know maintain that Jack Wilshere's loan period at their club in 2010 was as important for Bolton as it was for the 18 year old Jack. In fact, they go further, they believe that Wilshere is the best "Bolton" player they have seen. This loan period was in the premiership and enabled Jack to sharpen his competitive spirit, be part of a first team set up and get regular matches in the top flight.

For other players (like Park and Djourou) the loan system is focused on giving footballers surplus to requirements the chance to impress and put themselves in the shop window. However, as a supporter I'm more interested in players who are honing their abilities at other clubs with a view to returning to Arsenal to make the first team. A few in this category have been there or thereabouts, Francis Coquelin is a good example. Coqeulin has played 21 times for Arsenal, but seems to fall in to the "needs games to improve" cohort, as does Ignasi Miquel, currently at table topping Leicester City (10 appearances this season).

The player who seems to be arousing the highest degree of interest (apart from Campbell) is Chuks Aneke. Chuks is a 20 year old Londoner who is currently on loan at Crewe Alexandra. Chuks is 6"3 and is a midfielder who can score goals, 11 this season in 29 appearances and, if he is able to make the transition back to the Arsenal squad, will be another beneficiary of a successful loan. Other notable loanees at the moment include Benik Afobe (who had an excellent loan period at Huddersfield Town), Chuba Akpom, who has just gone to Coventry City and Damian Martinez, playing at Sheffield Wednesday (with Benik). 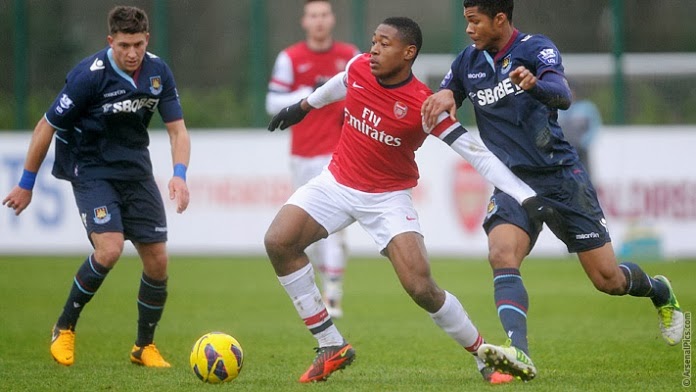 When the Arsenal consider a player for a loan move, the primary factors they consider are:

For example, in the past, clubs managed by Roberto Martinez and Steve Bruce have taken several Arsenal players on loan. Martinez is an interesting case in point when it comes to discussing the loan system. Like Arsenal, Everton also use the system to put playing time at a competitive level into their player's psyche. In an interesting interview before Christmas, Martinez cited the fact that in Spain, practically all players are loaned out to a lower league team between the ages of 18 and 21 as a major factor in the success of the Spanish national team. Martinez (a possible future Arsenal manager), claimed that, until a player has been involved in the relegation and promotion battles that materially affect the established players at lower league clubs, they are cosseted and lacking in "real world" skills. I think it's a good point. Let's not forget that both Kieran Gibbs and Aaron Ramsey have been loaned out to clubs in the lower divisions at points in their career, when it was deemed appropriate to do so and it doesn't seem to have done them any harm.