The pre-match atmosphere in both The Arkles pub and the ground was excellent yesterday. There's nothing quite like being top of the league before a big away game somewhere like Anfield. Our support was fantastic, in fact, we were the only positive from yesterday, so well done Gooners, shame that our team didn't show the same resolve.

I was speaking to a couple of coppers and stewards before the game and as they always do, they asked what prediction I had for the game, I had to admit that I thought we were due a hiding, but this was probably more down to the age old protection blanket of pessimism that most supporters adopt from time to time. 4-1 I said, the stewards laughed at that, "no chance mate!" they said. 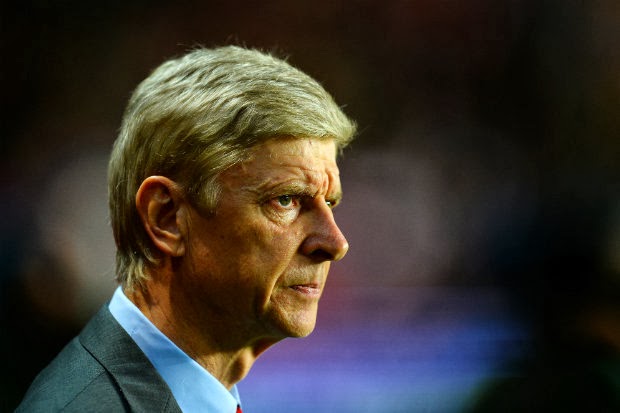 This was one of those perfect storm moments in football, when a team that gets everything right plays a team that gets everything wrong. The only player I feel sorry for after yesterday is the keeper, he was given no cover or support at all. In fairness, Liverpool were first rate, they had been building towards this point with some promising performances and especially the hiding they'd dished out to Everton. All of their front five players were excellent and Rodgers had really done his homework.

At the home game earlier in the season, Arsenal had spilt Sturridge and Suarez and controlled them very well, nullifying Sturridge in particular. In this game Rodgers played Suarez and Sterling very wide with Sturridge given a spearheading role through the middle. Henderson did the running, Gerrard just sits in front of the back two these days and take free kicks, saving his legs for Brazil. Coutinho was a revelation, his passing was top class. So well done Liverpool, they thoroughly deserved the three points.

However, I do feel that they deserve better support. I remember going to Anfield and being almost awed by the kop and the support from across the stadium. These days they make a lot of noise when they score and then that's it. Reykjavik and Oslo must have been empty yesterday. 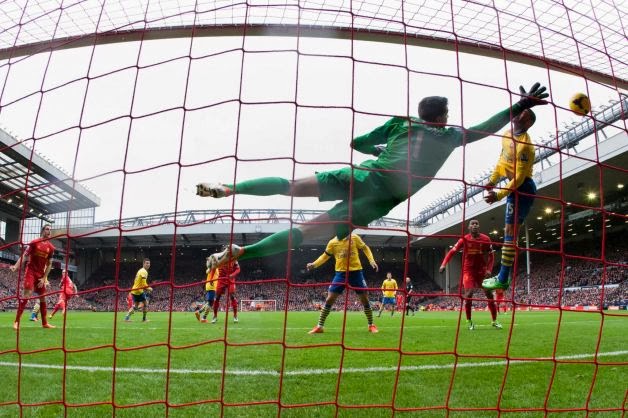 As for Arsenal, it's too painful to list every player's errors over poor placing, lack of tackling and bad decision making, analysis isn't always cathartic. However, the early loss of two goals from set pieces is extremely damning, not only were our defenders in the wrong positions, far too easily exploited by Liverpool, but the midfield decided to leave them to it. I wrote a blog a month or so ago, speculating when the real Mesut Özil was going to turn up. Well it wasn't yesterday was it? He was shocking, he looked like George Weah's cousin. Jack Wilshere carried the game to Liverpool in the second half and we know he has spirit in bucket loads, but in the first half he was continuously out thought and out played by Coutinho, who is a good player, but is really just a kid.

Oxlade-Chamberlain was having a go, but both he and Jack look 85% fit at best and the game was crying out for a player like Tomáš Rosický tostart, but yet again the manager went with Cazorla and Özil, with Arteta holding. Flamini having got himself sent off against Southampton, we weren't going to have his bite in midfield, so keeping our shape and not losing the ball was going to be vital. Rosický is that type of player, responsible, clever, tidy. I love Santi, but when he's bad, he's really bad.

So, no real positives to be taken from the game. But on one level, just as Liverpool had been building toward their excellent performance, we have been shuffling towards ours. The warnings were very evident in the first halves against Southampton and Palace. The consequences of yesterday's capitulation will be the answer the players provide against United on Wednesday. So far this season, they have responded well to poor results and performances. We didn't enjoy standing at the Anfield Road End yesterday as a group of Noggies held up five fingers at us, let's hope that the real Arsenal turn up against Manchester United.