Fact, Arsenal haven't won a piece of silverware since the FA Cup in 2005, indisputable and very disappointing for a club with Arsenal's pedigree and track record.


Another fact, Arsenal spent over £650 million on the land purchase, and construction of a brand new 60,000 seater stadium.

Fact three, Jose Mourinho oversaw the final re-building stages of Chelsea, a club owned by a Russian oligarch with the financial prudence of a smackhead on giro day. 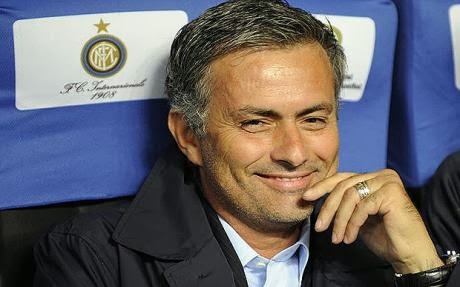 As Arsenal supporters, we are allowed to criticise our manager, board, players, anyone and anything related to the club really. We pay our money and we make our choice. It's hard facing down glory hunters who have made conscious decisions to support a successful side, but it's the yoke you choose. Here's one last fact, no other manager in the world could have kept a team in the Champions League season after season with the budget restraints placed on him by Arsenal Football Club.

Since, 2008, the northern lottery winners have spent £694 million on footballers, almost exactly the amount with which we built one of the finest stadia in the world.

So when the manager of the southern lottery winners criticises our manager for being "a specialist in failure", it may be true, but it really says more about a man who has no idea where to draw the line. Because he is devoid of the class you need to manage a truly big English club, not one that wins cups for a few years and then disappears when Abramovich gets bored, or the lickspittles in Whitehall and at the FA create some meaningful rules to govern who should be allowed to own a club in this country. But a truly big club.

Perhaps, this is why United passed on Mourinho as manager? He's bad news, it's one thing to have opinions, but remember his behaviour as Porto manager at the UEFA Cup against Celtic, or poking Tito Vilanova in the eye at Barcelona?

Mourinho is entitled to his opinions, he's earned them, but he needs to be mindful that although he chooses to surround himself with sycophants and our football reporters are too cowardly to take him on, supporters know the truth, he's lucky to have worked for owners with very deep pockets.