I rarely enjoy matches involving Arsenal and Stoke City. Yesterday was certainly no exception, okay the penalty was "Old Traffordish", but over 90 minutes an Arsenal team blessed with some fantastic talent hit the target twice - that's not good enough.

I am a big supporter of Olivier Giroud, he is an all heart centre forward, who leads the line with genuine courage and his work rate is top notch. He has 12 goals to his credit this term and in a team where there are no other credible attacking options, he has to shoulder alot of the burden. Giroud is an old fashioned English centre forward. 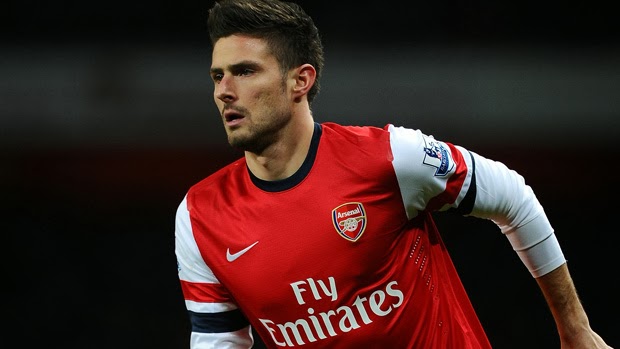 In the early 90's having worked with Alan Smith and Niall Quinn for a few seasons George Graham, saw the opportunity to recruit Ian Wright and in one move, changed how Arsenal played. Quinn was always "game" and Smudger was a top player, but both would lead the line in the same manner that Giroud does today. Essentially, they play off the centre half, often with their backs to goal, seeking to play in supporting midfielders and then spin the defender to get on the end of the resulting pass. They do this because they lack the raw speed to ghost past defenders. It's not a weakness, it's a fact. Wrighty was phenomenally quick and Arsenal started stretching teams and centre halves hated marking Ian, and how many times did he score the first, vital goal? 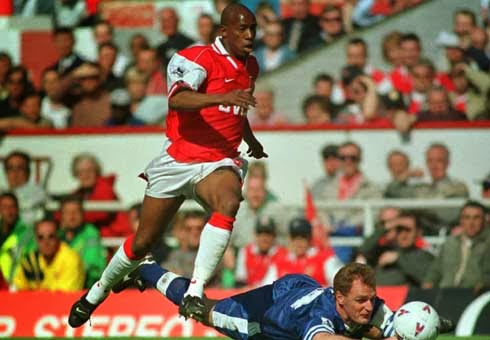 Arsenal are crying out for a forward to complement big Olivier with his missing ingredient: pace. It's the one aspect of our game that is become glaringly obvious; Mesut Özil became a superstar in Spain by playing balls into Christiano Ronaldo which were usually converted into goals. We don't have the funds (yet) to buy CR9, or Luis Suarez, but I'm assuming that Arsenal's multi-million scouting system, should be able to pinpoint a couple of players who play centrally and are genuinely quick. 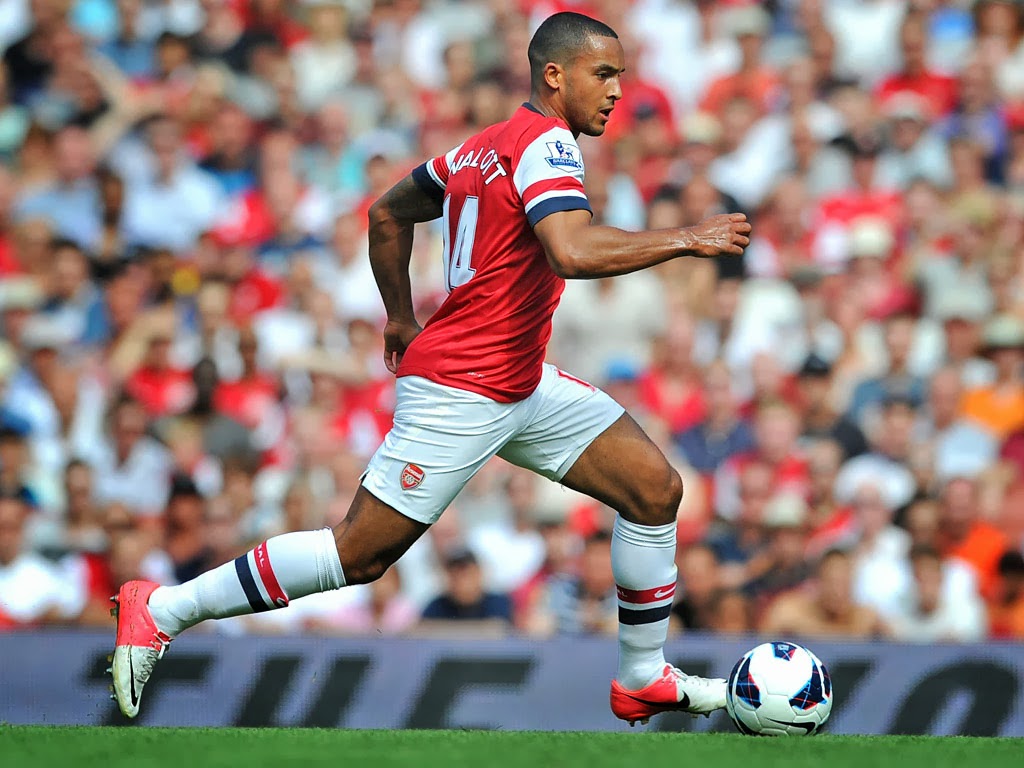 I didn't realise just how much we would miss Theo Walcott, and to be honest, I'm not his biggest fan, but he is vastly improved over the last two seasons and if he'd been available even as a substitute yesterday afternoon, would have given Stoke's back four kittens. Without Walcott, we are starting to look slightly pedestrian and a tad predictable, and when you display these characteristics, teams like Stoke, even with neanderthals like Charlie Adam can match you.

I believe that we will continue to make a challenge for the title in that we will turn up for every game and we'll qualify for the Champions League, but win the title? No chance. We're two to three players short (fast striker and two defenders), but with those players, we're closer than we've been for years. Giroud still has a big part to play at Arsenal, and there are some matches, or rather periods in matches, when he is exactly the leader that you need, I'd also be keen to see him play alongside a genuinely fast striker.

But make no mistake, that striker has to be signed in the summer.