It wasn't the defeat, it wasn’t even the dramatic nature of the score line; it was the manner of the defeat that was most depressing. Let's face it, just about everything that could have gone wrong, went wrong and even the referee's ridiculous mistaken identity interlude couldn’t detract attention from what was an utter spanking.


This was the manager’s 1000th game and it was with some inevitability I suppose, that he made the essential mistake that he had made in countless games before: he decided that Arsenal would play the Wenger way, therefore Arsenal were wide open in exactly the same manner as Arsenal were at Anfield and the Etihad. Arsenal’s performances against the top four in the last few seasons have been routinely feckless and the planning abject. In three away matches we have conceded 17 goals, Bertie Mee will be spinning in his grave. 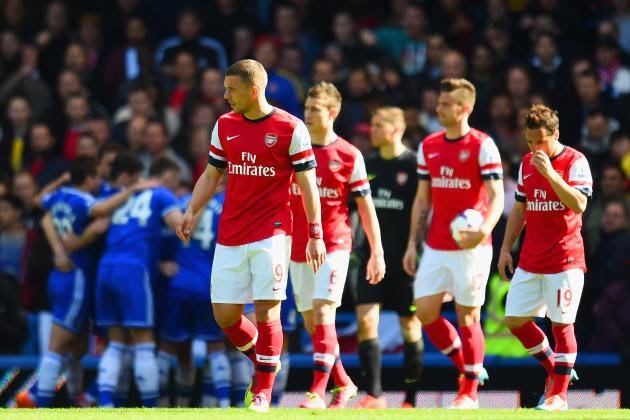 Arsenal set up with Arteta as a sole defensive cover for the back four. In front of him were: Cazorla, Oxlade-Chamberlain, Podolski, Rosicky and Giroud. It took Chelsea just 17 minutes to score three goals; Liverpool actually managed it a minute faster. It was totally embarrassing, when you go away to a top three team why choose one holding player and then play a high defensive line, when the opposition has a fast mobile centre forward with three others able to bomb on? It’s madness. Furthermore, why pick a “holding” player, who lacks pace and mobility and then push his midfield colleagues far up the park therefore isolating him and leaving him with acres of space to cover on his own? Madness compounded. Only a manager of huge stubbornness, mixed with a tactical naivety could even consider it. 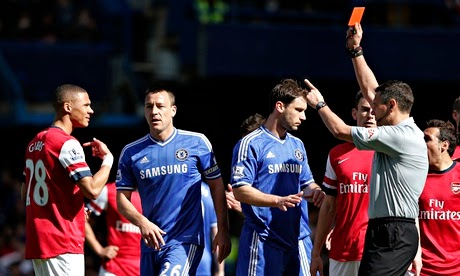 Wouldn’t it have made more sense to play Arteta between Rosicky and Oxlade-Chamberlain? We’re away from home, so keep it tight for 25 minutes or so, if we get the ball, play on the break, both Podolski and Cazorla are adept at hurting teams from wide areas and you can support attacks but still leave the door shut by keeping two players back. In effect, we needed more of the same from the away game at White Hart Lane. That was a very encouraging performance that demonstrated that Arsenal had developed a spine which was able to defend. How wrong could we be? No Wenger being Wenger decides that the team, as viewed by his benevolent rose tinted contact lenses is totally capable of beating Chelsea and sets it up to go for the jugular. Result a 6-0 spanking. 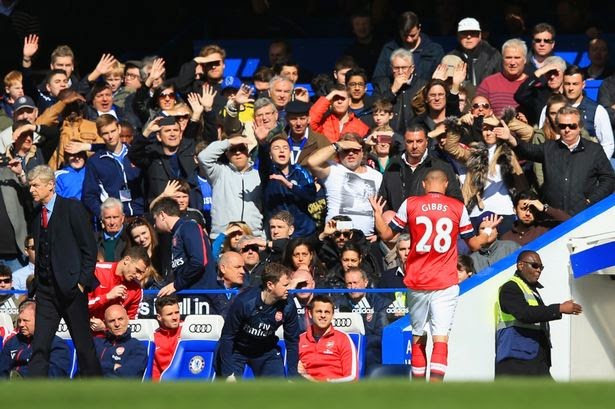 When I read Mourinho’s disrespectful comments about Wenger’s 1000 games on the morning of the game, I was annoyed, but reading them again now, they have a certain truth, there have been plenty of “bad times” since 2005. Saturday was just one in a lengthening line. I wrote last week that I felt that Wenger should go with dignity at the end of this season. Results like 6-0 away at Chelsea reinforce that, this man simply refuses to learn from his mistakes.