Nicolas Anelka - A Sad Tale - Where did it go right?

Nicolas Sébastien Anelka was born 35 years ago yesterday, 12 miles west of Paris, close to Versailles. It was sad, but no surprise, to hear about the latest episode in Anelka's troubled career a couple of hours ago; namely that he had quit West Bromwich Albion and that he had chosen to do so via the medium of twitter.

I remember hearing about Anelka in 1997 - he'd been picked up for £500,000, when word was starting to filter out from the club that Arsenal had managed to sign something really special. The word was that his pace made Ian Wright look like a goalpost and his finishing was deadly, he was likened to a Van Basten but faster.

Anelka broke into the Arsenal team in the double winning year of 1997-1998. Ian Wright was injured and the manager had no hesitation in blooding Anelka and giving him a sustained run in the team. He announced himself to the football public by scoring the first goal (always the most important in any game) in the home match against Manchester United in November 1997, a 3-2 victory, and quickly became pivotal to Arsenal's style. Wenger had been working on the concept of "stretching" teams to a point of disorientation which he was able to do with the power of Petit and Vieira as a base in midfield, the pace out wide of Marc Overmars and, critically, the burst of acceleration Anelka could summon up in an instant through the middle. Before the rest of the league could work out what was happening, Arsenal had won ten on the bounce and a league and cup double. The season after, Anelka was still the club's top scorer, albeit in an understandably anti-climatic year.

In life, it's all too easy to consider what might have been, but if we apply the guessing game to Anelka's career, what if he had stayed at Arsenal for another two or three seasons? Selfishly, Arsenal would have won more as it was clear that Wenger was building his team behind, as opposed to around Anelka. However, I think that it would have given Anelka more time to adapt to the spotlight with the careful guidance of our manager and the comfort blanket that Arsenal tries to provide for it's players.

Sadly for him, he had brothers like Claude and Didier. The brothers were desperate to cash in on their prize sibling asset and Nicolas seemed all too supplicant. He was, in effect hawked around Europe to the highest bidder, at times he was on the cusp of joining Juventus, then Lazio, finally, he joined Real Madrid for £22.3 million, almost the exact amount it cost to build Arsenal's new training centre, aptly named the "Nicolas Anelka Training Centre" by Bob Wilson. 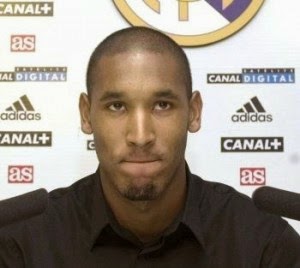 Real Madrid: Starts well, falls out with coach, players and fans and incurs a 45 day match ban for refusing to train. Transferred (for £22 million) to:

PSG, where his career began: Falls out with the coach, French international hero Luiz Fernandez, moves to:

Liverpool, on a protracted loan basis, where he plays intermittently for 30 months before the club decide not to offer him full time terms and he moves for £13 million, to:

Manchester City, a record signing for the Citizens at the time (drop in the petro-dollar ocean these days...) where he actually enjoys his best spell of football (apart from his Arsenal career), but then, rather inexplicably he moves to:

Fenerbache for £7 million, then Bolton (for heaven's sake!) for £8 million and Chelsea for £15 million. After this there are spells at Shanghai Shenhua, Juventus and finally, West Brom.

All in all, that adds up to £87 million of transfer fees and given that the accepted wisdom is that a player sees 15% of that in signing on fees, that's just over £13 million in Anelka's (or his brothers back pockets). Not bad.

If you google Anelka "images" you're bombarded with pictures of him doing the "quenelle" that landed him a five game ban, characteristically crass and stupid. 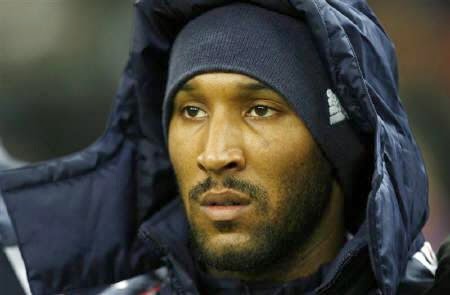 The point is, Anelka on form was a top, top footballer, fast, explosive actually, tactically intuitive and with a fantastic power in his shot, remember the goal he scored against Arsenal at the Reebok from 30 yards out? Furthermore, since his conversion to Islam, his team mates at the club he's played at, testify to his humility, decency and consideration. Unfortunately for him, his decision making and more importantly, his attitude have stunk the place out too many times when it mattered. I'm not sure what he'll do next, but perhaps, when he's sitting on a beach somewhere nice, thinking about whether or not to appear in the French version of Celebrity Big Brother, he'll wonder, "why didn't I listen to that nice Mr Wenger?"