First things first, it's always a great pleasure to beat a team managed by Thugster in Chief, Sam Allardyce. No matter how poorly regarded Arsene Wenger might be by sections of Arsenal supporters, he is still streets ahead in the popularity stakes in relation to the low esteem in which Allardyce is held by the majority of West Ham supporters. Brought up on teams that, from the mid-1950’s looked to continental Europe for inspiration, training generations of young footballers that passing the ball on the floor was the only way to play the game, West Ham fans must be spitting blood having to pay to watch the football this troglodyte turns out. He’s lucky that the porn baron and knicker seller that he reports to are equally dismissive of West Ham’s traditions. Surely if the Cearns family were still in charge, he’d be facing the exit door? More likely, he’d never have been hired in the first place. Sam if your own supporters boo you when you lose it’s not good, but when they boo you after you’ve won? 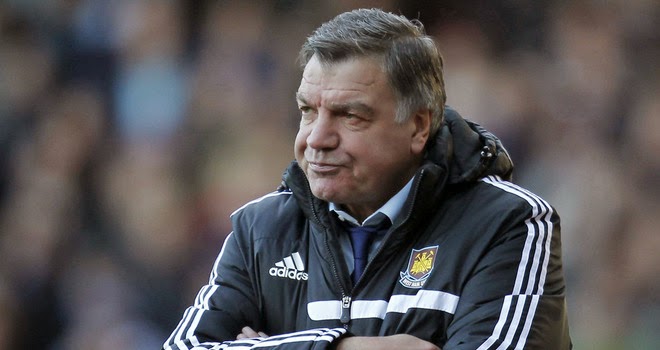 The game itself was predictable. When Arsenal score first in a game it’s a case of okay! When Arsenal concede first, it’s a case of oh no! Characteristically, we were far too open in the first 20 minutes and hadn’t set up to counter West Ham’s (very obvious) tactic of using their wide men with an inevitable diagonal cross to Andy Carroll, who fortunately for Arsenal, looked every inch the cart-horse he has become. Surely this isn’t the same player who scored against us in a Newcastle shirt three and a half years ago and who led the line brilliantly that day? Kim Kallstrom looks like a player, he reads the game and it was interesting that it was he who used his positioning to alter the shape of the midfield, as opposed to the established players, Arteta and Rosicky. I’m a big Tomas Rosicky supporter but he let himself down last night, specifically when he gave the ball away very carelessly and then reacted by kicking out and getting booked – stupid.
I’m starting to get the impression that we have become a “mood team”. Consider the performance of Santi Cazorla. I’m with Charlie Nicholas on this; he has gone missing from whole matches and rarely delivers the quality he threatens to. Last night, in the 24th minute, he collects the ball, with a delightful change of feet, loses two markers and slips the ball into the area for the non-existent Giroud (more of him later) to run onto. Santi, now in a stare of high gudgeon, decides that he will actually turn in a shift which eventually results in a great through ball to Podolski for the equaliser. Fortunately for us, the “mood” improved in the second half when Arsenal scored early enough to remember that they are a far better team than West Ham and decided to give them a football lesson. What would have happened if the score at half time had been 1-0 to West Ham? 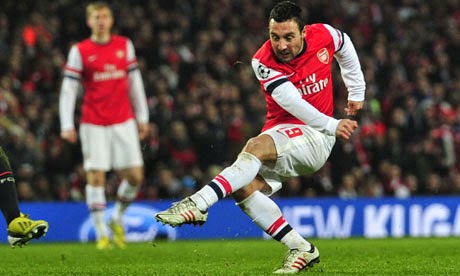 What Cazorla’s performance also underlines is that it’s not just the manager who is desperate to play in the Champions League.
We have four league games left and an FA Cup Final, surely the manager has to swallow the inevitable and play Podolski. He is unlikely to track back and is one dimensional, but when that one dimension comprises making good runs into the box with a hammer of a left foot able to smash the ball past the best goal keepers – play him. Giroud on the other hand is increasingly looking like a stodgy version of Mark Viduka – just not good enough, play him too and then sell him in the summer. Good to see Aaron Ramsey having such a positive impact on the game however, his header for Podolski's second was superb.
On the topic of signings, I thought that the best player on the night was Matt Jarvis. He’s exactly the type of player that our polymath manager would never consider signing – far too conventionally English premiership. He looked very sharp, ran the line very well, worked hard and crossed the ball brilliantly.
Finally, I’d like to comment on the Hillsborough Commemoration Service yesterday. It was nicely done, very Liverpool and I can’t be the only football supporter who is wondering how many more layers of depth and quality does Roberto Martinez have? 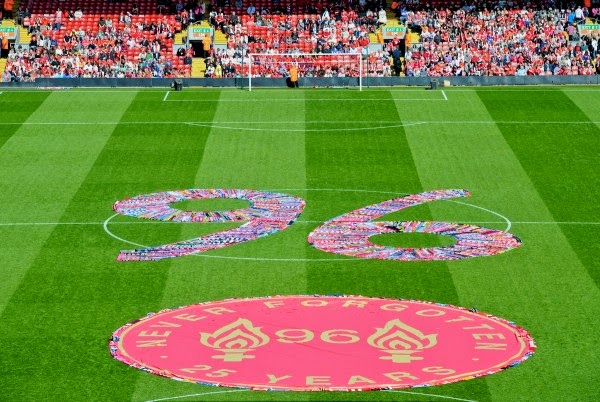