Yesterday's pale imitation of an Arsenal team may represent the final straw for many supporters. I always believe that the performance in a game is what really counts and in most cases you get the result that you deserve.

Football is judged by the quality of its constituent parts, the away End at Goodison was packed yesterday afternoon, sold out weeks ago. The supporters are doing their bit, they turn up, not cheap getting to Liverpool and by the time you get back to London..... 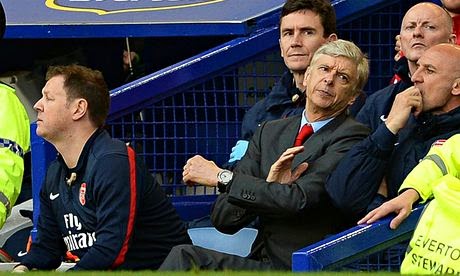 I'm not sure what the average weekly wage is at Arsenal, I guess it's probably at least double the average yearly UK salary and footballers do a job they love, our manager is the most highly paid in the country, reputedly he earns £135,000 a week - preposterous. It's become very common that workers in the United Kingdom have a degree of performance related pay in their salary, the government is even introducing it for teachers, and in the old days (pre Premiership) that was how footballers managed to buy large five bedroom houses in leafy parts of Hertfordshire.


What would you award the Arsenal team for their dissolute, dis-organised display on Merseyside? I'd be demanding money off them. The fact that Wenger has lost his ability to put in place a tangible plan to beat the best sides in the premiership and seems unable to select the right combination of players and is totally inadequate when making changes during the game is a proven fact. If we beat Wigan on Saturday and then manage to beat either Hull City or Sheffield United in the final it isn't papering over the cracks. It's the very least we can expect - the fans deserve something. Did you see the grins on our player’s faces when Everton scored the second? Did you see Giroud totally back out of a 50/50 challenge against Gareth Barry? 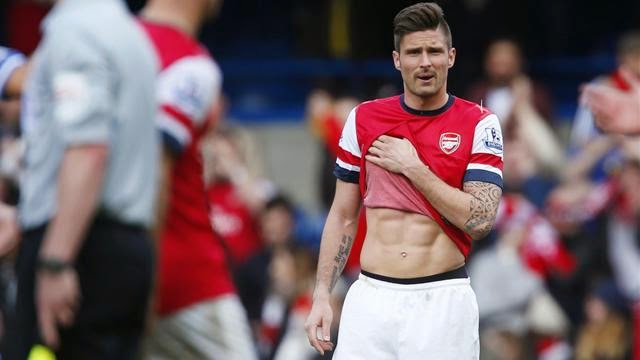 Arsenal Football Club stands for something, since Herbert Chapman’s arrival at Highbury in the 1920’s, Arsenal has had the highest standards, we were very hard to beat, our players had nicknames like the Iron Man (Wilf Copping), I bet he’s spinning in his grave right now. When footballers like Frank McClintock are interviewed about the current Arsenal team, they seem almost flabbergasted as to how open the shape of the current team is. In a preview of yesterday’s match, I argued for three midfield players playing in a screen in front of the back four to provide a solid base, and then Wenger goes and picks Podolski? What has Alex Chamberlain done to offend the manager? He’s one of the most promising prospects in the English game and he knows how to tackle and defend, as well as having very potent attacking qualities, in short, perfect for an away game at Everton.

I have a huge degree of admiration for Arsene Wenger, all Arsenal supporters should, but a real quality in life is knowing when it’s time to say enough is enough. I’m not enjoying seeing him in post match interviews, you can see the pain in his eyes, and he’s struggling. But we shouldn’t take it out on him, he deserves better than that. However, he must see what’s so clear to the rest of us; he should step down after (hopefully) the FA Cup final. There are some excellent coaches in the market, sadly, Martinez looks like he has a depth of credibility and class and won’t want to walk out on Everton, especially as he’s obviously building something very special there. Lots of supporters talk about Klopp, but I think he’s too much of a maverick for our board, I like the look of Pocchetino at Southampton and for a suggestion from left field, Glenn Hoddle is an excellent coach with a real point to prove.


Whoever takes over, it’s needs to be someone in their 30s or 40’s, management is a young man’s game these days and Arsenal need someone with the same innovative mind-set that Wenger brought to the club 18 years ago.