With thirty three days still to run in the current transfer window, Arsenal have signed four players. Like most bloggers, I have spent a great deal of time bemoaning the club's lack of tangible transfer activity, however, I have been more than pleasantly surprised by Arsenal's acquisitions so far this summer.
Whether the £64 million spent so far is a reaction to the club finally winning a trophy, or more likely, a significant change in Wenger's contractual participation in transfers is moot, but let's face it, these are very good signings. I was just about to cross the Channel Tunnel when the BBC confirmed that Arsenal had completed the transfer of Alexis Sanchez. To be frank, when Arsenal have been linked with world class footballers in the past, I have a feeling of momentary excitement, only for common sense to arrive and trample all over any degree of anticipation. So when I read reports of Wenger meeting Sanchez in the World  Cup, I almost immediately discounted them. 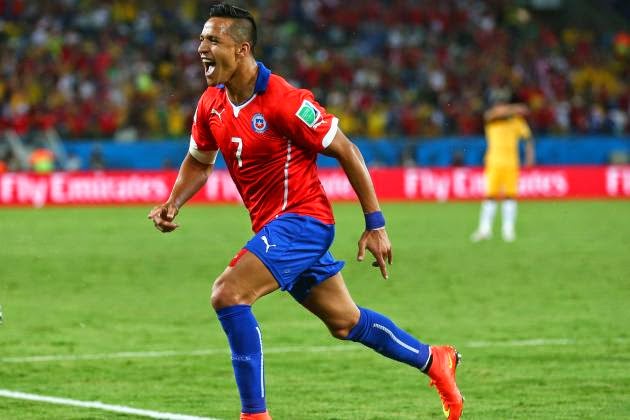 Gradually the story gathered pace, finally being confirmed on July 11th. It is a huge signing. Sanchez is not only one of the best players in the world, but he is also exactly what we need. Last season's marquee signing Ozil, became Europe's King of the Assist at Real Madrid, by firing passes into the channels in front of Cristiano Ronaldo. Sanchez offers the same outlet, speed and finishing expertise. So, congratulations to the acquisition team at Arsenal. The club has been crying out for a world class striker and we have picked one up for £35 million, a snip, less than half of a Suarez or a Rodriguez.
It was disappointing to see Bacary Sagna leave, but Debuchy is a great replacement and young Chambers is a very interesting addition to the squad. I have a feeling that he'll make a mark in the team, but not as a right back. I wouldn't be surprised to see him as a deep midfielder. Having signed a good goal keeper in Ospina, Arsenal must strengthen in the defensive midfield area, the cash is obviously available and there are viable alternatives out there. If you are going to spend £16 million on a 19 year old with less than 20 league appearances, then surely we can spend £20 - £25 million  on a top class defensive midfield player? 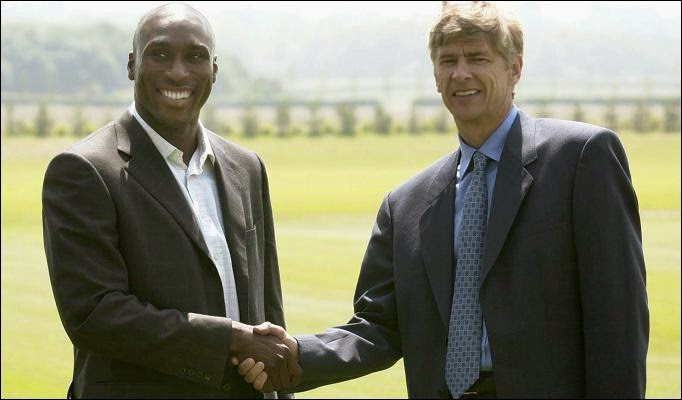 The last time Arsenal spent heavily and brought in significant numbers of players was 2000 - 2001. Over a 12 month period, the club recruited Robert Pires, Sol Campbell, Lauren, Edu, Wiltord and Kolo Toure, among others. These footballers were crucial to the double winning team of 2002 as well as the Invincibles. Primarily funded by the sale of Overmars and Petit, the ambition of the transfers served the double purpose of strengthening the squad as well as the supporter's sense of themselves and their relationship with their club.
If Arsenal go on to recruit a central midfielder and a central defender, I think the feeling of that time can be emulated. Admitedley, Wenger was building on a better side 14 years ago, but Arsenal have got the trophy-less monkey off their back and finished only 7 points behind the northern lottery winners in a season when key players were missing for huge chunks of the season.
So for once, the future's looking bright, the future's red and white?