Almost 45 yeas ago, in April 1970, Arsenal ended a 17 year trophy drought by reversing a 3-1 first leg defeat, what are the chances of achieving a positive outcome tomorrow?

An encouraging league win against West Ham on Saturday and a tub thumping FA Cup victory at Old Trafford have helped to banish the feelings of recrimination that followed the debacle of the home leg against Monaco. But how confident can Arsenal supporters really feel?

Those of us lucky enough to have been at the San Siro in 2003 when Arsenal humiliated Internazionale 5-1, can testify to Arsenal's ability as a club to reverse difficult situations (Inter had beaten us 3-0 in the group fixture at Highbury), but this was a team that was to go unbeaten the next season and included Henry, Pires, Ljundberg, Cole etc....

However, I feel that there are closer parallels with the Inter Cities Fairs Cup Final of 1970. Bertie Mee had inherited the mantle of manager from Billy Wright in 1966. Arsenal had lost two successive Wembley finals against Leeds United and amazingly, Swindon Town in 1968 and 1969 respectively. This was an unloved and under-rated Arsenal side, made up of journeymen and home products. They had beaten an excellent Ajax team 3-0 in the first leg of the semi final, that included the Rudi Krol, Pier Keizer and the great Johann Cruyff. The programme on that day suggested that the Dutchman would represent good value for any club able to "find the £200,000" sufficient to buy him. 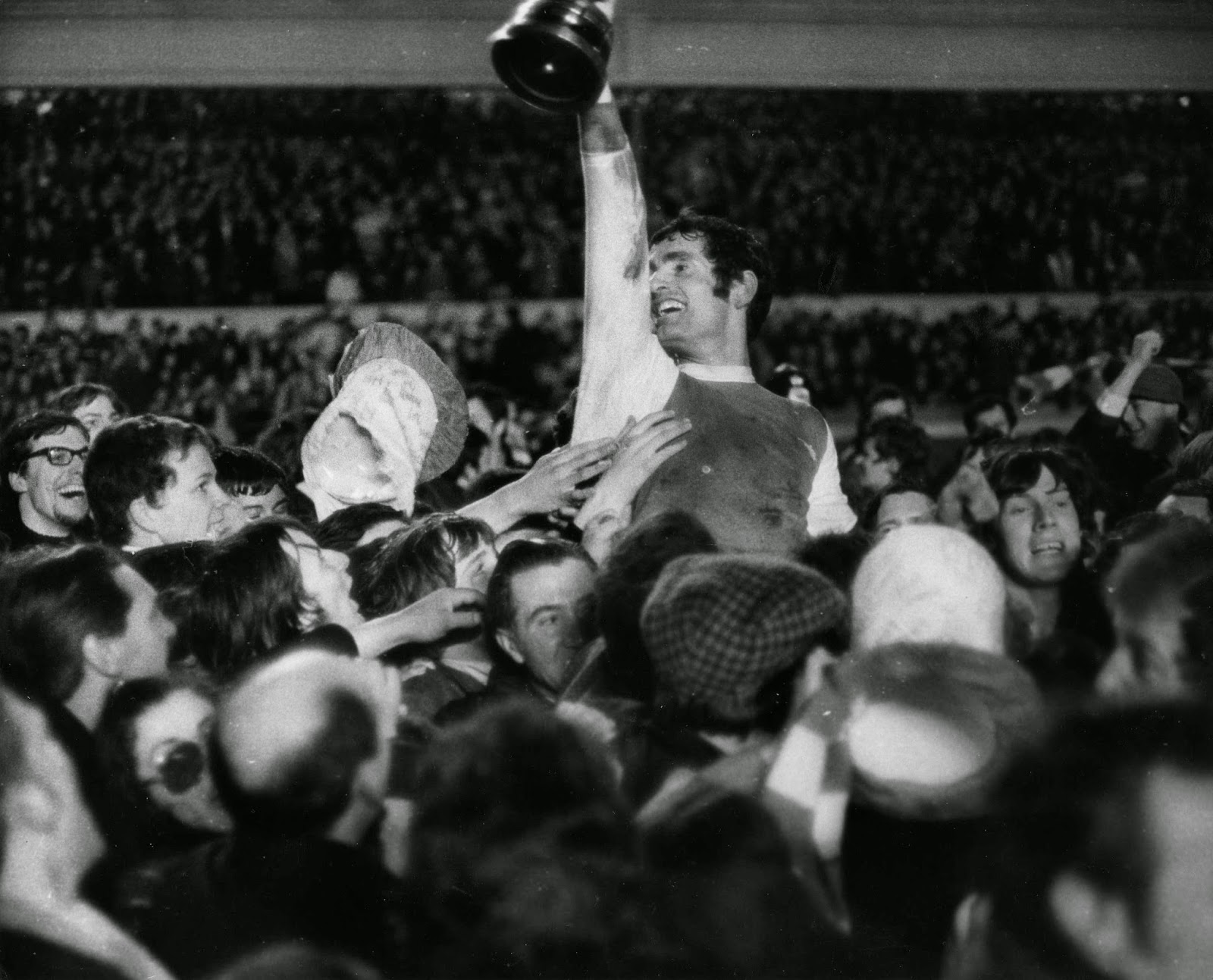 The Anderlecht team also outmatched the Arsenal players on paper with another Dutchman, Jan Mulder their stand-out footballer. True to form Anderlecht were winning 3-0 with ten minutes to go, when Mee replaced 19 year old Charlie George with the 19 year old Ray Kennedy. Kennedy's header kept Arsenal in the tie, just.

Apparently this was one of those moments when cometh the hour cometh the man as Frank McLintock's rallying speech in the dressing room afterwards raised both the players and staff's spirits. Bob Wilson said later that "you could say that the second leg was won at that point".

The second leg was played at Highbury on the 28th April. There was a similarity between the Arsenal of then and now, as the 1970 team was consistently compared (unfavourably) to the great teams of the past, in the same way that this side is compared to the Invincibles. This was used by Mee as a call to arms and the Arsenal men were super-charged from the off.

Eddie Kelly scored a thunderbolt (YouTube it) on 25 minutes, but despite dominating proceedings Arsenal left it late before scoring two quick goals from Radford and Sammels on 72 and 76 minutes. Victory was secured and the drought broken. This trophy success is often over-looked, it was played in April to make way for England's defence of the World Cup and is over-shadowed by the double of 1970-1971. 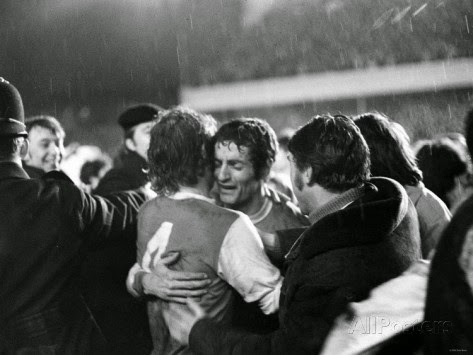 The lessons of football history teach us that hope is the one characteristic common to all teams. Why shouldn't we feel that we can beat Monaco? 3-0 might be a stretch, but 3-1 takes us to extra time. One thing is certain, Arsenal can't play as badly as they did in the first half. Walcott was obviously given a start on Saturday to see if his pace could trouble the French team's defenders. Giroud is bang in form and signs are that even Ozil might be willing to play a significant part.

So keep your fingers crossed, you never know.