Mesut Özil - He pisses me right off!

Perceived wisdom dictates that it may take a season for a footballer used to playing in leagues other than the premiership to get to terms with English football. After all, it took Robert Pires, Thierry Henry and even the God-like Dennis Bergkamp, a significant time to settle and demonstrate their best for the club. Even so, there are exceptions to the rule, Alexis Sanchez seemed to adapt very quickly and almost from the off, his performances were excellent (although he's been under par lately).

Mesut Özil, cost £42.5 million, shattering Arsenal's previous record. This has direct implications for club and supporter. Firstly, it's a sack load of cash, even for an organisation with Arsenal's enviable cash reserves. From our perspective, it weakens our moral high horse - it makes it more difficult when discussing football with supporters of Chelsea, and the two Manchester clubs, where we point out the difference between them and us, you know the one; principally that they are cheque book clubs, whereas we develop teams rather than taking the easy but expensive route of success through substantial player investment, in short you buy success. 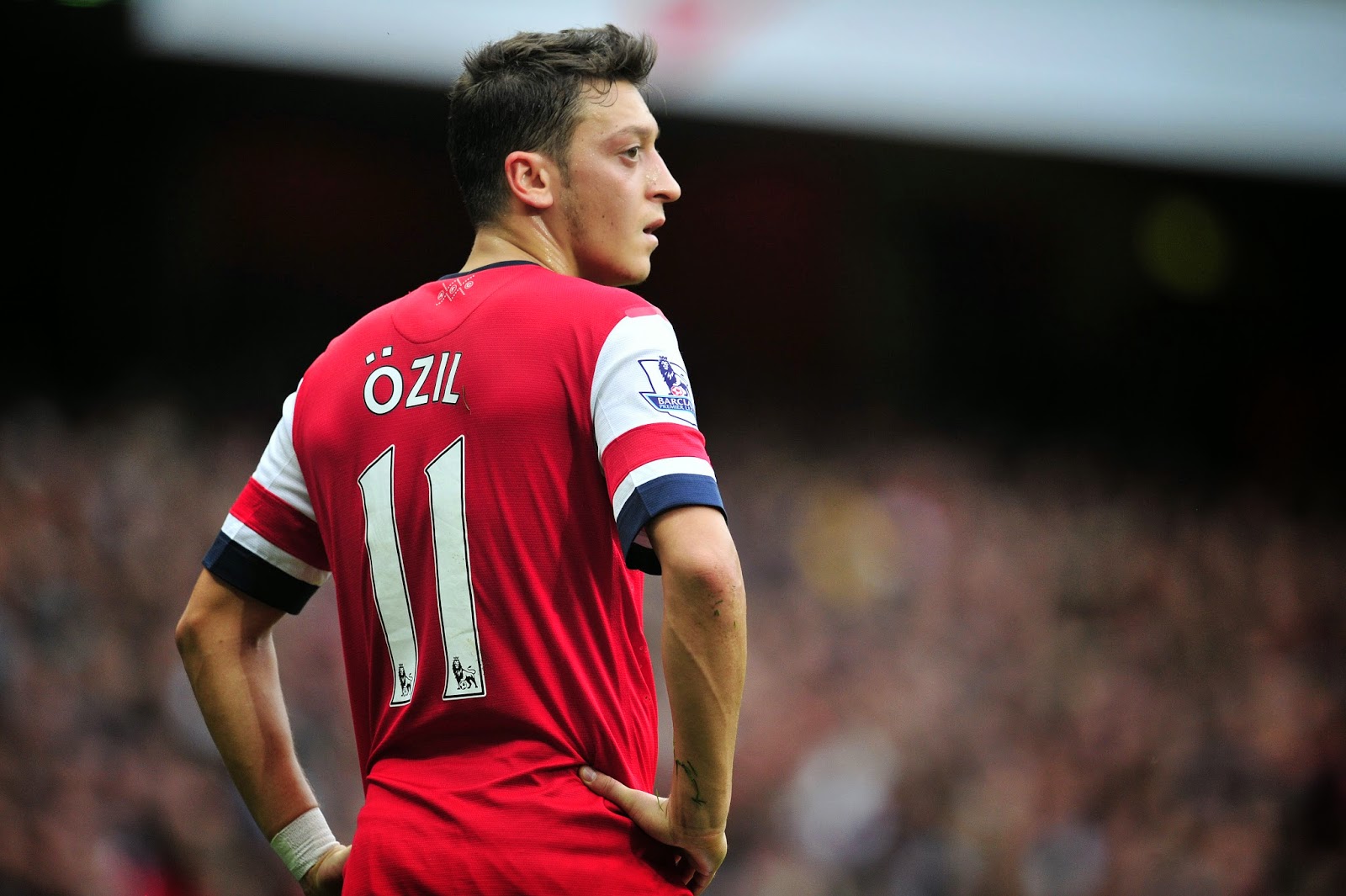 At Real Madrid, Özil was a superstar, never quite a Glactico, but he was the assist king of La Liga. He burst onto the scene at World Cup of 2010, when he was considered one of the top three performers at the tournament. However, we all know how good he was before he came to Arsenal, it's his performances since his arrival that matter to me and hopefully to him.

Let's get the nonsense out of the way first, you can read a lot from a player's body language, but your stuck with the boat race God gave you. Mesut's pinched, forlorn, exasperated features don't do him any favours. His body language is another issue however. Sky are running an excellent series of half hour portraits on greats of the premiership (as Sky believe that football didn't exist in any serious form before 1993). Miss the Tony Adams episode at your peril. Tony's on pitch actions and reactions to events are on another planet to the tepid mewlings of Özil. How many times have you seen him lose the ball and then shrug his shoulders and point to where the first ball should have been played. Contrast that to Alexis Sanchez. He loses the ball an then sprints full pelt to get it back - that's what an Arsenal player should do. 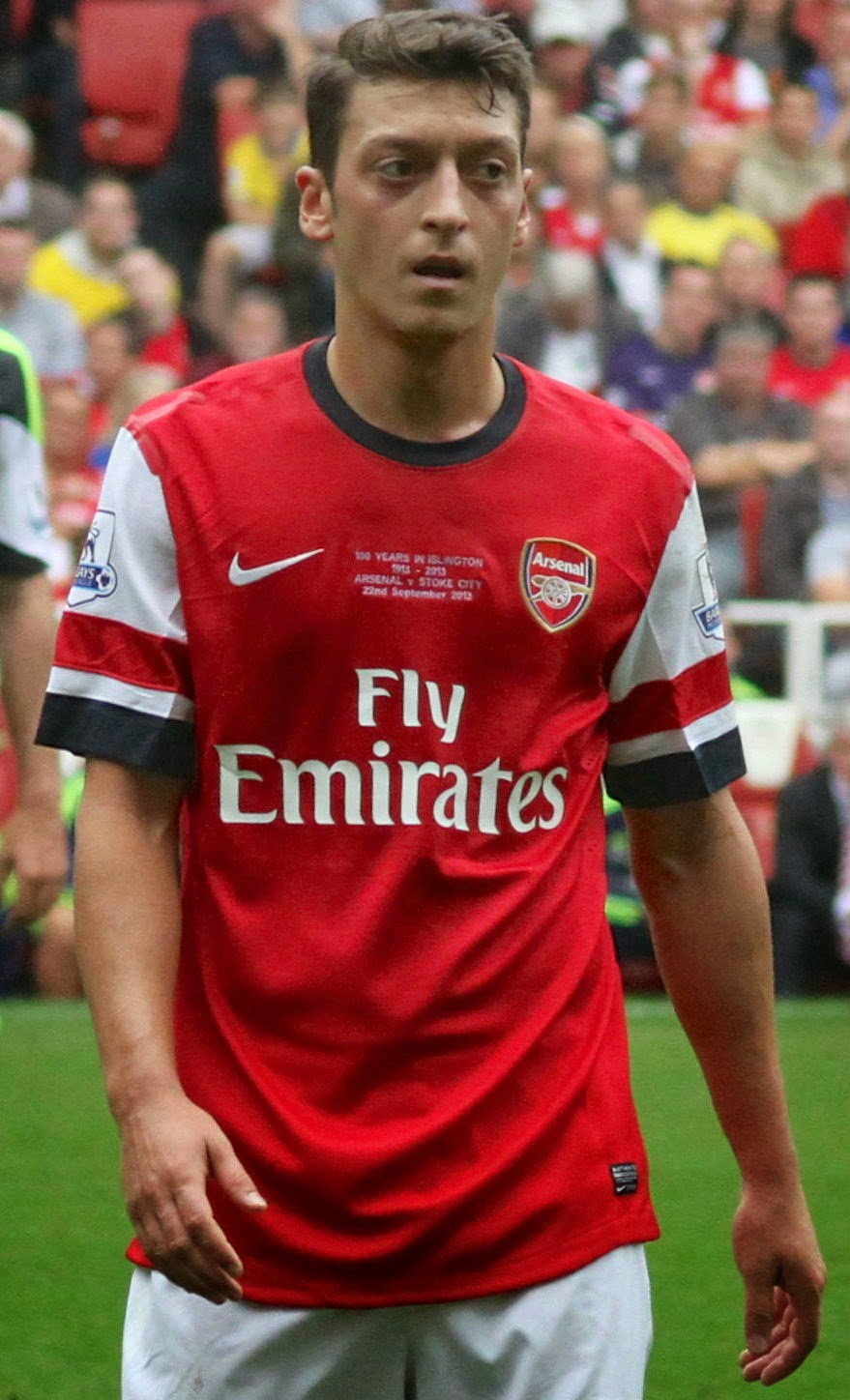 Since returning from injury, Özil has been okay. He's scored a couple of goals and he's taken some corners that have resulted in goals - big deal, he cost 42 and a half million quid. Remember:

The cost of a footballer both sets the expectation for his performances and exaggerates the paucity of performances.

Furthermore, my sympathies are in short supply for an individual who earns £130,000 per week for playing association football.

I would like nothing more than for Özil to revive his fortunes to 2010 levels (therefore creating higher expectations of course). But his lackluster showings, despite reasonable "stats", are down to personal attitude and choices he makes on the pitch. In most games I've seen, he's been peripheral to say the least. He was very good against Villa away this season and he was superb against Napoli at home last season. That's it for games when he was a match winner.

So when you see young Francis Coquelin, who has a smidgen of Mesut's talent, throwing himself into every game and Tomas Rosicky (aged 34) busting a gut to get on the end of through balls, it makes you wonder how Özil gets away with it? Perhaps having spent 42.5 million, the manager has to play him, in the assumption that at some point the real Mesut will miraculously appear. Regardless, I feel that most supporters judge a player by what they see over 90 minutes, as opposed to a snippet of OPTA statistics and I don't like what I see.