There was much wringing of hands and gnashing of teeth last Sunday, Ed Chamberlain had it right on Sky at half time when he said "same old Arsenal". In essence, Arsenal made two (very bad) defensive errors and were punished for both, and how many times have we seen that in the past? Of more concern to me however, was Arsenal's usual paucity in attack, combine the two, and it leads to the question, why do we usually start the league campaign so poorly?

Last season we had ceded the Chavs eleven points by November, we finished twelve points behind them at season end. I have seen several posts on twitter espousing how well Arsenal would fare if the season ran from January as opposed to it's natural start in August. This is errant nonsense of course, but it does highlight that Arsenal do finish the season well, but despite this, are unable to reclaim the ground they have lost in the months before Christmas. 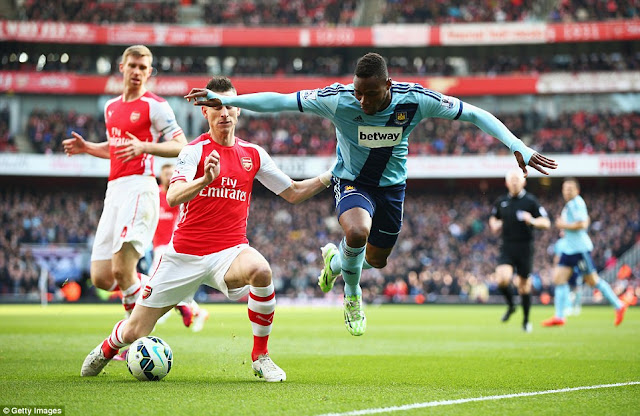 If you consider Arsenal's first three games in each of the previous six seasons, they have averaged five points in the first three games. Not a disaster, but if that form were to be replicated throughout the season, Arsenal would finish with 62 points. In every year, bar one, in the last six years, that puts us in the dreaded Europa League spot. In only one season (2010-2011), did Arsenal achieve the requisite two wins and a draw which defines a title winning team.

These are the statistics:

As I've said, hardly a disaster, but neither a platform for the self-belief that builds in a championship winning team. What made the West Ham defeat worse was threefold: Firstly, it was West Ham, secondly, it was at home, thirdly (and critically for the supporter), Arsenal fans were believing the hype that Arsenal are genuine title contenders.

West Ham had travelled to Romania just three days before, so we would wipe the floor with the Hammers three or four nil. However, we hadn't reckoned on the crafty Croatian Bilic. Don't forget that he had frustrated Arsenal with a canny, defensive performance with Besiktas a year before and West Ham deserved those three points, that was an excellent effort by their back six. 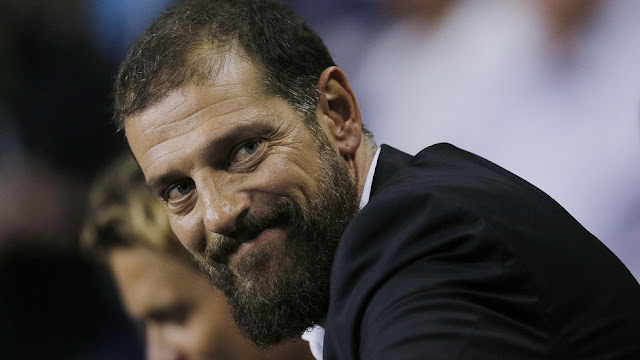 Of more concern was Arsenal's willful motivation to repeat the same attacking shape repeatedly, when it was obvious it wasn't working. West Ham had a two goal lead away at a team they hadn't beaten in 16 previous matches. Therefore, they had every right to put men behind the ball, what did we do to engineer the same score at City last season?

I was abroad when we played in that daft Singapore trophy. I saw the Everton game, and yes, it's a meaningless pre-season match. However, Arsenal were playing with real width, with a three behind Giroud. It looked interesting and Arsenal were getting the ball wide as a tactic and it worked. It allowed Ozil and Cazorla to swap roles depending on the flow of the game. Arsenal used the same philosophy against Lyon and that worked too.

Against West Ham, the first real match of the season, we reverted to type - why?

The next two fixtures are away at Palace and home to Liverpool, the results take care of themselves, based on the imponderables of how well we/they play, luck and refereeing, but it would nice to see Arsenal learn a lesson every now and then.