Moneyball and how and why Wenger lost the magic touch

I'm re-reading Michael Lewis' Moneyball for the third time. If you haven't read it, or you've just seen the film, check it out, it's fascinating and really well written. The premise of the book is how the General Manager of the baseball team, the Oakland Athletics, Billy Beane (below), built one of the most successful teams in the States on a shoestring budget and consistently beat teams with three or four times the budget of his own.

Beane used a myriad of approaches to achieve this. However, the starting point was to challenge the essential foundations on which major league baseball was built and then by analysing specific data to isolate which aspects of the game led to a winning team, buy players who would fit the team's modus operandi, at a heavily discounted price, dictated by his meagre budget.

Therefore, a realisation of what is actually critical to winning matches and exhaustive player analysis was crucial to the continued success of the project. 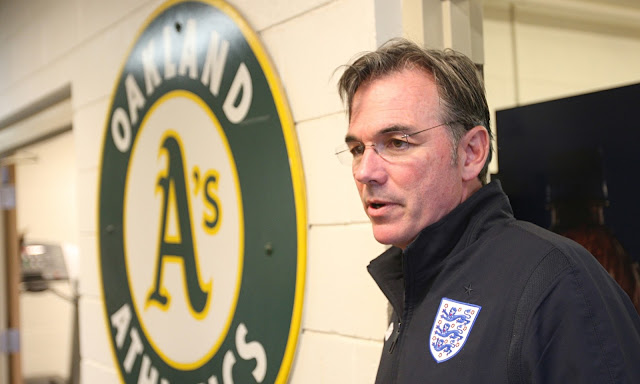 The similarity to the earlier years of the Wenger project at Arsenal is quite compelling here. Wenger is feted as being responsible for revolutionising the way clubs trained and prepared for games and never spent "big" on players, as his competitors did. The question of interest is why has Wenger abandoned the player acquisition rules of Moneyball and has instead drifted to the dark side, spending £77 million on two footballers? It feels that only players of established high value are being brought into the club, and more pointedly and of more direct concern, when these players aren't available, no one is brought into the club. So what changed?

Wenger's addiction to his laptop and the player performance figures he craves is well known, I assume that this tendency to fire up ProZone is still a big feature of his analysis and preparations. It's when you examine Arsenal's transfer policy, that the ground-shift becomes clearer. Billy Beane's Moneyball policy is dictated by budget, but also a draft system which he played to his enormous advantage. European football, is in a more privileged position, as players can be transferred for a fee whilst in contract, as opposed to a system in MLB which is based on a a players serving a six year lock-in post draft and then being available as a free agent, or players moving between teams depending on their wage demands. This system has been in place since the 1970's.

To Beane risk is mitigated by purchasing numerous options at a low price, as opposed to the one-off superstars that he can't afford anyway.

Since Bosman became law in Europe in 1995, the canny manager was able to plunder undiscovered jewels from the market, if his club's scouting policy and ability to move quickly was equalled by a supportive board. This was definitively the case at Arsenal, who bought brilliantly, below is a selection of player's bought in the 1996/97 season alone:

These four players were bought for £13.5 million and sold for £68 million. Each was a risk in some way, they were either young and untested, or in the Dutchman's case, deemed to be a massive injury concern, but it was classic Moneyball, they were bought on the cheap, because they each offered Arsenal something different, but something the club needed, furthermore, their re-sale value was huge.

When you scroll through the seasons, the footballers of this vein, brought into Arsenal include Thierry Henry (an unloved substitute at Juventus), Freddie Ljungberg, those two for a combined fee of £13 million, and the list goes on; Lauren (£7m), Edu (£6m), Pires (£6m), all five were Invincibles.

At this time, Arsenal had a massive asset, one overlooked and given little or no credit by anyone at the club these days, including the current manager, David Dein (below). Dein loved the Wenger project almost as much as he loved the club itself and was formidable as a sounding board, hustler and deal maker. He was exceptional at getting the transfers across the line and used his considerable influence repeatedly. 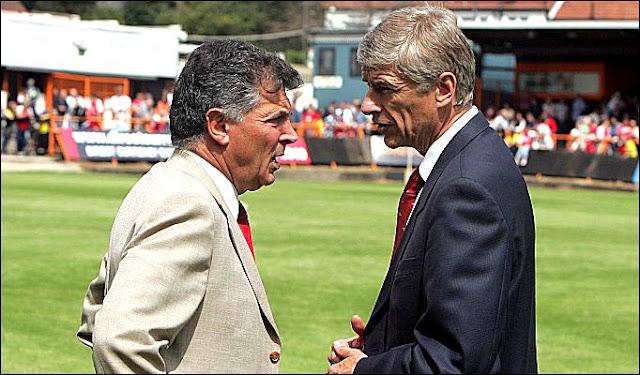 When I consider why Mr Wenger didn't buy one single outfield player this summer and why, of his seven purchases last summer, only Sanchez has featured as a regular, I can only conclude, that were David Dein still at Arsenal, things would be fundamentally different.

Dein wouldn't put up with the manager's dithering. Arsene Wenger is now in his mid-60's, but his ineffective transfer policy isn't down to age, sadly, it's down to arrogance. The relationship he enjoys with Arsenal's absent owner and the way he is able to dictate to the CEO and the board, has allowed him to occupy a position where he has to answer to no-one. When you lose accountability in an organisation, you lose effectiveness and decision making, you create a vacuum.

Come back David, we miss you.