Leicester City - The most important league game since 23rd February, 2008

We all remember that early kick off on Saturday 23rd February 2008, the abiding memory of the day is the appalling injury suffered by Eduardo Da Silva who was the victim of a catastrophe of a tackle by "footballer" Martin Taylor. There were two goals from a very young Theo Walcott, a late meltdown by captain William Gallas, as Arsenal dropped two points, a trend they were to continue by drawing with Villa, Wigan, Middlesbrough before losing to Chelsea. By the end of March, the title had been lost. Arsenal finished the league in 3rd place.

This team was capable of far more. Based around a midfield of Fabregas, Hleb, Flamini and Silva, with Van Persie (when available) and Eduardo or Adebayor leading the line, and with new signing Sagna, Gallas, Toure in a capable defence, it was a team able to play excellent football in intricate patterns and at pace. I was at Anfield that season as we were knocked out of the Champions League at the quarter final stage and can remember Arsenal's second goal as clear as day, the Walcott sprint with the lovely crossed pass to Adebayor. Fabulous, fast attacking football, but with an Achilles heel. 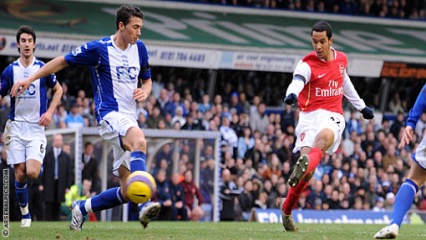 Therefore, it was a team destined always to be the bridesmaid. Perhaps there was something missing? Maybe it was the blend of age and experience that was slightly out of kilter, the injury to Eduardo was decisive, Almunia wasn't an adequate replacement for Jens Lehmann and selling Diarra mid-season was very short sighted.

Whichever, the results are there on record, this team finished 3rd in the league, was knocked out of the Champions League by a Liverpool team that finished seven points behind it and let's not forget took hidings off Manchester United in the FA Cup and Tottenham at the semi final stage of the League Cup. Accordingly, it was a group of players that promised much and delivered nothing.

This Sunday's game against the extraordinary current vintage of Leicester City is just as "big" as the match eight years ago against Birmingham City. Like the 2007-2008 side, this is an other fine Arsenal team, but seems to lack the hallmarks of a truly great side (1970-1971, !988-1989, 2003-2004). It has two superstar outfield players in Ozil and Sanchez, a superb and highly experienced keeper in Cech, a functioning back four, and options in midfield that should allow the team to defend or attack. Good enough to beat Leicester City? Definitely. Will they? Well......

Another critical home game that comes to mind is the demolition of an excellent Norwich City side on May 1st 1989 (like Leicester enjoying an unexpected league challenge that season). Although far later in the calendar, this resounding victory was the injection of confidence and belief that was hugely important in the last stages of that successful league campaign. Sunday would be the perfect platform for a repeat. It's best not to place undue importance on earlier matches against league opposition in a given season, but Arsenal did hammer Leicester 5-2, Alexis Sanchez being almost unplayable in the away tie last September. 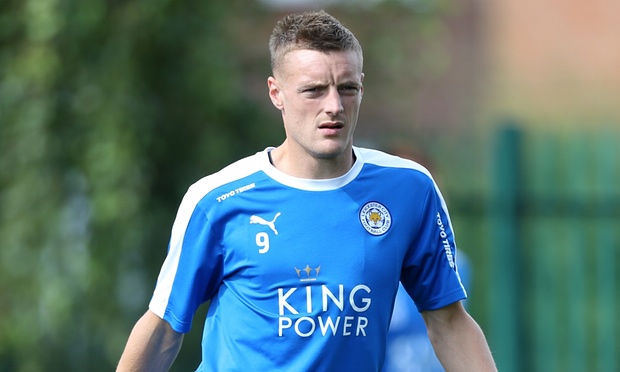 To beat a first rate Leicester side and don't just concentrate on their front three, their defensive shape against Manchester City last week was the equal of anything George Graham organised, Sanchez and Ozil need to click. Vardy looks as good as anything I've seen this year, fast, aggressive, super confident so not the game for the big German, Gabriel and Koscielny give Arsenal a chance of containment and tracking.

In midfield, I'd pick Coquelin and Ramsey, with Joel Campbell on the opposite wing to Sanchez, he doesn't give the ball away in dangerous situations with the alarming frequency of Walcott and Oxlade-Chamberlaine and Giroud, badly in need of a goal, will be just as useful defending set pieces.

It will be a tight game, one Arsenal have to win, while hoping for a draw in the 4.00pm Sunday game. Will they win? Well.....