Another installment in Arsenal's underwhelming season. Crystal Palace are a decent, competitive team, but 16th in the league before yesterday's kick off, some good players but eminently beatable. But what was so frustrating about yesterday's performance wasn't the result, it was the manner of the display.

Alan Pardew is a competent, shrewd coach, and up until Christmas his South London team were over performing against expectations and our 2-1 victory at Selhurst Park was a good result - it's a hard place to win, but we needed an own goal to do so. We also played the Eagles in August, when the majority of matches go to the form guide. Nevertheless, they should have been there for the taking yesterday, they were pretty much safe from relegation, and with a point from the Emirates, certainly are now.

Before watching the Arsenal V Palace match, I'd seen most of the Old Firm SFA Cup semi final and Leicester V West Ham. These were blood and thunder games, you'd be staggered if Celtic V Rangers wasn't and for Leicester, needing three wins (and still doing so), the fixture against West Ham was huge. Both matches didn't disappoint, thoroughly enjoyable, passionate examples of British football, not necessarily at it's best, but with all the composite values associated with football on this island; passion, energy, tackling, spite, anger, aggression, commitment. 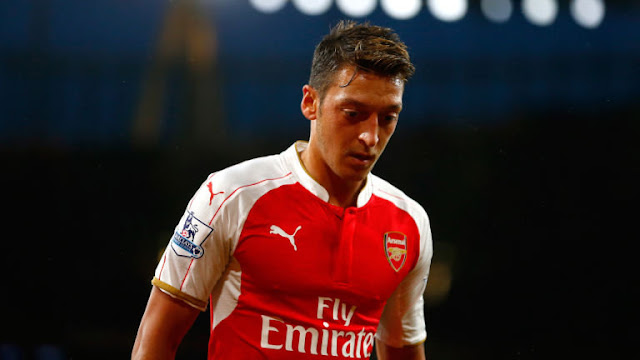 How many of these were really on display yesterday in north London? It's a slight misunderstanding, that Arsenal's footballers aren't passionate about their club. They are very aware of their responsibilities and I'm sure were "gutted" not to beat a team anchored to the bottom of the league at home, the manager seems to receive most of the criticism, but the players have to hold their hands up too. I saw a lot of performances like yesterday in the 1980's at Highbury, mainly in the earlier part of the decade when we were manged by the late Don Howe.

From 1980 onwards (until 1986) Arsenal never looked like winning anything, we would usually qualify or the UEFA Cup, but that was it. Accordingly, matches were tepid, we were missing quality footballers never replaced and we had become a faded shadow of ourselves, employing a mix of "over the hill" players there for the cash and the prestige and some youths with heart but whose lack of accomplishment pointed to a failing picture within the club. Simply, we were crap and we knew it.

Attendances suffered, looking at programmes from the period, average gates rarely troubled the counter much past the 30,000 mark. So it's very difficult to under estimate the huge change that the arrival of George Graham brought in 1986. There wasn't a revolution as such, George, a real Arsenal man, understood what needed to be done. Standards which had slipped were rigorously tightened, he was even nicknamed Gadaafi due to the extent of his despotic demands. He put in place a clear footballing philosophy, worked closely with the youth set up and started giving those players a chance and bought cannily; Smith, Bould, Dixon etc...players we needed. 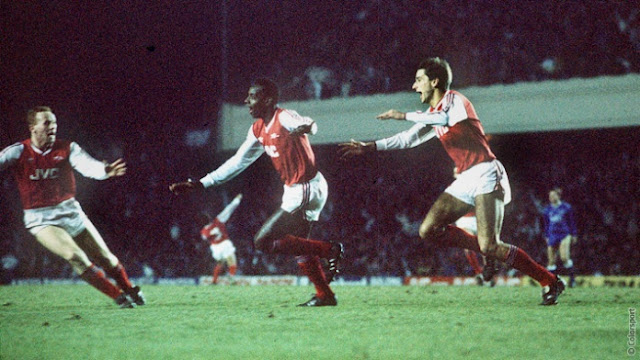 Three things happened; Arsenal started winning, attendances went up, the crowd started to enjoy their football again. What we were watching wasn't Ajax 1971, but we could understand what the manager an his players were trying to achieve and correspondingly we got behind our club. Match days in the late 80's were fantastic, the semi final against Everton when there were over 50,000 is one of my favourite games ever,

Thirty years on I can't say the same. I don't look forward to matches with anything apart from trepidation, I'm sick of seeing us lose sloppy goals, like Bolasie's equaliser yesterday and Cart Horse Carroll's hat trick last week, but we don't threaten much either. We don't inspire any more, we flatter to deceive, but in every game there are moments of true excellence and that seems to be sufficient for the manager and his coaching team to believe that "we are still going in the right direction". Well, we're not are we? It's patently clear to anyone watching that this isn't working.

We're a bit crap, we know it and so does everybody else.