Arsenal - Time to try three at the back?

Losing Hector Bellerin has had a significant impact on Arsenal's dynamism and attacking play. The young Spaniard has quickly cemented the right full back berth as his own, elbowing aside Mathieu Debuchy, a full French international with 27 caps, although he is just 21 years old.

Although young Hector is returning to light training, in Arsenal terms this could mean his return could be days or weeks away. Given the availability of two excellent centre halves in Kosielny and Mustafi, augmented by the erratic, but talented Gabriel, is it time for Mr Wenger to try playing three centre backs? I believe that a switch to this approach can reap genuine benefits to the team, especially when Bellerin returns. 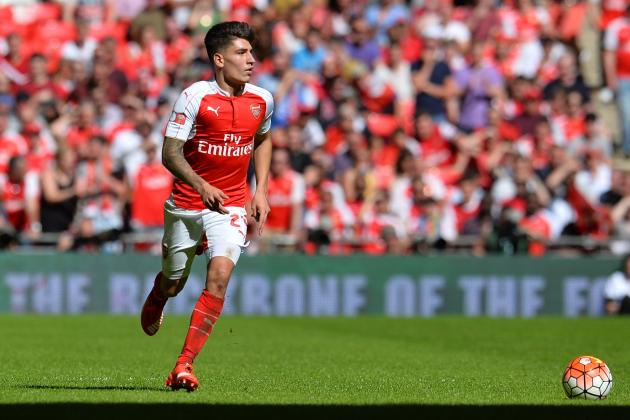 Antonio Conte's return to his preferred defensive formation has seen Chelsea flourish, in fact they are yet to lose a point since moving to three at the back. Ironically, it was the 3-0 drubbing handed to the West London by Arsenal that convinced Conte to switch and since then they have won seven league matches on the bounce, conceding a single goal.

Conte used the system throughout his tenure at Juventus and as national coach of Italy. He was able to do this as he was blessed to have three centre halves in Barzagli, Chiellini and Bonucci, that provided an immensely solid platform, understanding implicitly that their primary function is to defend. The three at the back system also propelled a talented, resourceful Welsh team to the semi finals of the Euros, Chris Coleman exploiting the balance of his team to pack midfield whilst also being able to play two up front.

The critical hinge on which the system succeeds or fails, is the availability of fast wing backs, preferably natural full backs, but the system also opens up the possibility of playing wide players with defensive nous. Bellerin is certainly in that category, Monreal can play the role and it would definitely play to Kieran Gibbs' strengths. The other direct benefit is that the manager can play two forwards with a number 10 playing directly behind and in a central position. Therefore, when fit, Arsenal could play Sanchez, Giroud and Ozil. Furthermore, you can also play with one or two holding midfielders, Arsenal's first eleven could line up as follows:

Arsenal have used the system before, in the utter delirium of May 26th 1989, it is often overlooked that George Graham used all three of his centre halves, admittedly in more of a back five! 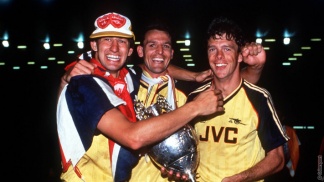