Let's face it, when ultra loyal old guards like Ian Wright and Martin Keown start shrugging their shoulders rather than defend their old gaffer, the writing is on the wall.

I didn't expect Arsenal to get much out of the away game at Stamford Bridge on Saturday, but the teams inability to beat a sturdy, well organised Watford side at home was far worse. Watford are well managed and competitive, but highly beatable for a team with the depth and breadth of 2017 Arsenal.

Ken Early, writing in the Irish Times, sums up the Wenger dichotomy with far more elan and panache than I can summon: http://www.irishtimes.com/sport/soccer/ken-early-wenger-s-troubles-at-emirates-reminiscent-of-brexit-1.2964734, but this is a manager who was telling club supporters, days after beating Southampton's 2nd string 5-0, that this current squad was not the equal of, but better than the Invincibles.

I wouldn't be at all surprised if Hull City grab a point at The Emirates on Saturday lunchtime and were that to happen, the clamour for a change at the top may just permeate the inner sanctum of the director's lounge. Apparently, there is a two year extension on the table for Wenger who has gone on record as saying that he would walk away if the team performance was beneath his exacting standards. 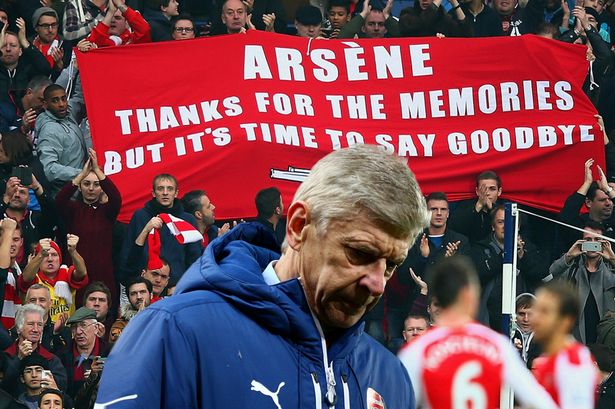 Are these the exacting standards that allow the board to reward the manager for coming fourth, because fourth is a trophy? If that is the case, Wenger's pen may as well be hovering over the dotted line today, as only by his own measure, does he continue to make the grade. Therefore, unless pushed, the Frenchman is not for turning.

This prompts three questions. When, what and who? When does the board make the decision to replace Wenger (they have to, as he won't walk)? What are the terms and critically the timing of the replacement? Most important of course - who do Arsenal appoint?

There is every chance of course, that none of the above will happen, but just because the odious owner, Kroenke, is perfectly happy with excellent match receipts, huge cash piles in the bank and continuous Champions League football qualification, it doesn't alter the fact that a change is required and every day becomes more overdue.

Firstly, Wenger shouldn't be sacked, although things have been allowed to go stale, his contribution to Arsenal has been huge and deserves respect. He should be allowed to see out the current contract, but he must not be involved in choosing his replacement. The decision needs to be made sooner rather than later, which gives the CEO as much time as possible to approach and appoint the right man for the job.

There has been some interesting paper talk connecting Juve boss, Max Allegri to Arsenal. I don't buy it. Frankly, years of under investment in the playing squad (with two notable exceptions) have led to an under performance on the pitch, which places London's biggest club well behind Italy's biggest club in the European pecking order. Allegri may well be interested in the riches of the premier league but is likely to pass on a club that stubbornly sits on £200 million every season, "led" by an absent and complacent owner.

Wenger is 67 years old. Guardiola - 46, Klopp is 49, Mourinho - 54. One of the factors that kept Alex Ferguson at the peak of his powers, was his willingness to shuffle his coaching pack and despite appearances to the contrary, actively sought and encouraged questions and challenges to the status quo. Wenger does not do this and never has.

A new Arsenal manager, needs to be young enough to understand modern tactics, the phasing of pressing and counter-attacking football, diet, training regimes, player and competitor analysis, data analytics. But in taking the job of Arsenal manager, they must see it as a personal step up and a massive opportunity. I'm sure that the board will look to existing Champions League experience as a factor on a candidate's CV, but I wouldn't insist on it if other qualities outweighed this. 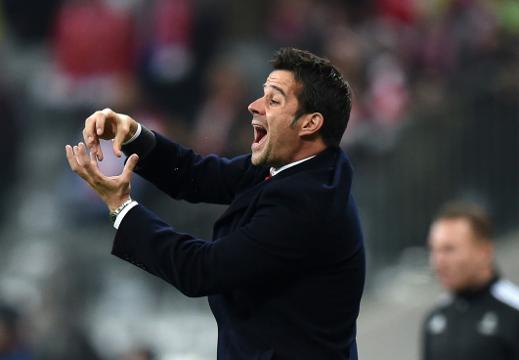 I've seen a few Arsenal bloggers covet Thomas Tuchel with good reason, great coach, but you would have to question whether he would leave Dortmund for Arsenal.

Which leads me to a suggestion. Our solution may well be pacing around the technical area at Arsenal on Saturday. A 39 year old Portuguese, citizen of Lisbon with a 56% win record, despite three of the four clubs he's managed being behind the curve in terms of size and/or investment. He's currently getting more than a good tune out of Hull City, despite the owners choosing to sell their two best players. He's unified the team, selected a playing style which fits the group and that they can get behind and beaten Manchester United for the first time in over 40 years.

Of course, he wouldn't be a fashionable choice, but neither was Wenger and for the first six years at Arsenal, he was, let's face it, fantastic. I see in Silva, similarities with Pochettinho and of course, Mourinho. Would Arsenal go for him? First things first, someone needs to tell the current manager that the clock has run out.